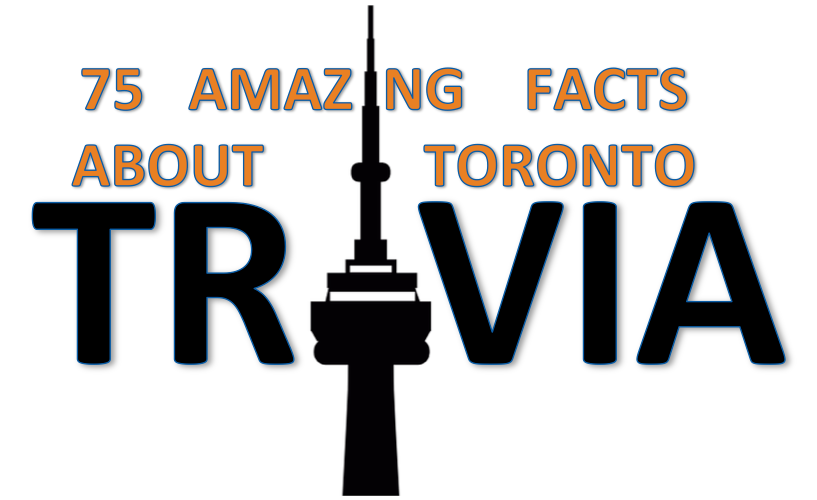 Like our facts about Toronto? Try our 9 Tricky Trivia Questions About Toronto!

1 – The first of our facts about Toronto – it is the fourth biggest urban area in North America!  Mexico City, New York and Los Angeles are the other 3.

2 – Chicago is hot on its tails to push Toronto to number 5.

4 – It’s not called the 6ix because Drake said so. Long before Drake was a glint in his parents’ eyes, Toronto was made of 6 areas – Old Toronto, York, North York, East York, Etobicoke and Scarborough.

5 – One of the most amazing facts about Toronto – only 7% of people refer to it as the 6ix.

6 – Pizza Pizza was founded in Etobicoke the same year as when the Maple Leafs won the Stanley Cup.

8 – Like him or loathe him, former mayor Rob Ford really had people talking about Toronto and was the only Canadian mayor anyone has heard of outside of Canada. His scandals were the talk of the town!

9 – The tracks for the streetcars are a wider gauge than the Go Train tracks. Wow!

10 – National Geographic ranked St Lawrence Market as the best market in the world! Saturday is the market day, with over 120 retailers. Check it out: https://www.nationalgeographic.com/travel/top-10/food-markets/

12 – It’s the 32nd busiest airport in the world based on passenger numbers, but the 15th based on actual number of flights.

13 – Toronto is the 3rd safest city in Canada to live in, according to 2o16 statistics. It’s considerably safer than most of the gun-toting States, however gun crime here is up about 300% year on year. Stay safe, folks! 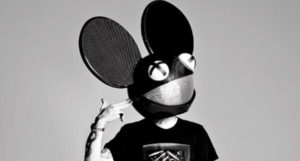 15 – One of the best Toronto facts: Tim Hortons commands over 60% of the coffee market in Canada! However there are still a zillion coffee shops downtown to choose from. Some are more pretentious than others.

16 – It’s one of the top 10 business tech hubs in the World. Constantly innovating.

17 – Tim Horton was a hockey player for the Toronto Maple Leafs. He started the fast-food outlet but sadly died at the age of 44, when there were just 40 outlets. Now there are over 3,000!

18 – Like food? Toronto has over 8,000 restaurants. If you ate at a different one every night it would take you 22 years to visit them all! 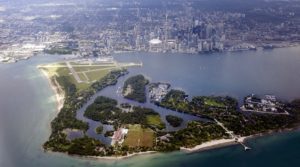 20 – Toronto Island is a large urban almost car-free community. Sheltering Toronto Harbour from the lake. According to Wikipedia: “The islands were originally a 9 kilometers (5.6 mi)-long peninsula or sand spit extending from the mainland. The islands are composed of alluvial deposits from the erosion of the Scarborough Bluffs. The flow from the Niagara River to the south across Lake Ontario causes a counter-clockwise east-to-west current which has, over time, deposited sediments at the south end of the harbour to form a sand spit”

23 – The lowest ever recorded temperature was -31.3 degrees C (not accounting for wind chill). When it gets to that temperature you start to wonder what you are doing here…

24 – The CN Tower was declared one of the 7 Wonders Of The World by the American Society of Engineers. Sitting alongside the Empire State Building, Panama Canal and the Channel Tunnel.

25 – Toronto is home to some fine pub quizzes. Quiz Coconut hosts the most entertaining one at the Stone Lion in The Beaches neighbourhood on Tuesdays.

26 – There are over 160 skyscrapers in Toronto with hundreds more planned. A skyscraper is defined as a building of 20 stories and a height of over 100m.

27 – John Graves Simcoe founded Toronto in 1793. Then it was called York, named after the Duke of York.

28 – The Gooderham and Worts whisky distillery was the world’s largest by the 1860s! Pay it a visit here.

30 – *Fact buster!* There is a myth that Yonge Street is the longest street in the world. In fact it’s only 86km long. The confusion came that the original claim latched Yonge Street on to Highway 11 which goes all the way to Minnesota, some 1,900 kilometers away. 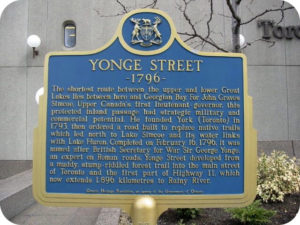 32 – The Raptors and Maple Leafs share the Air Canada Centre. Staff are constantly changing the venue between the two environments behind the scenes.

33 – When basketball is being played, the ice rink is actually underneath the wooden boards. This interesting video shows the conversion:

33 – Amazing fact about Toronto coming up: You would need all the seats at the Air Canada Centre, the BMO Field and the Rogers Centre to seat all Tim Hortons employees across Canada! Unbelievable fact!

34 – By the lakefront runs the Gardiner Expressway – there is nothing ‘express’ about it, with a crippling amount of traffic at all times of the day and some of the worst drivers known on the planet.

35 – 18.1% of the Toronto city area is parkland – that’s one of the most amazing facts about Toronto!

36 – The PATH is the largest underground shopping mall in North America with over 1200 stores! 983 of them sell Vitamin D supplements [not verified].

37 – Toronto is more southerly than Milan!

38 – Toronto is more westerly than Bogota!

39 – Toronto is in a different time zone to the western side of Ontario, which is an hour behind.

40 – Over 30% of Toronto residents speak a language other than English and French.

41 – Caribana is the largest single-day parade in North America! People come from all over to take part and watch over 10,000 participants in costume.

42 – Toronto Zoo is really good. It’s the third largest in the World!

43 – Recognize those buildings in the blockbuster films? A quarter of films set in American cities, are actually shot in Canada with many in Toronto. 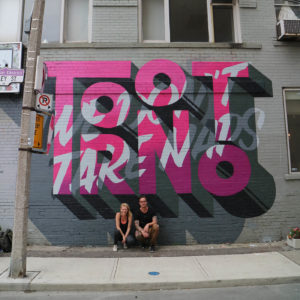 46 – Toronto’s stock exchange, the TSX, is the seventh largest in the World.

47 – Toronto Island is home to a clothing optional beach! Sadly I can’t provide any photos. You’ll just have to go and hang out over there.

48 – Canada’s Wonderland, the theme park just north of the city, is home to world-class rides and the 8th tallest rollercoaster in the World, Leviathan! Are you brave enough? 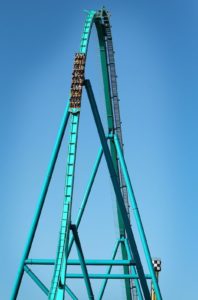 49 – Canada’s largest Canadian-owned brewery is Moosehead, from New Brunswick. Toronto is home to some popular breweries and the beer scene is fast expanding! Check out some local craft beers from any LCBO or Beer Store. At Quiz Coconut HQ currently, we particularly enjoy Camerons, Woodhouse, Henderson and Halo.

50 – Casa Loma is the only authentic castle in North America…even though it’s barely 100 years old.

51 – Wildlife amazing facts about Toronto: There are 10 million trees in Toronto…

52 – …and four million of which are publicly owned.

53 – Lots of big names head to Toronto for the Toronto International Film Festival, or TIFF. On three occasions, the people’s choice award has gone on to be named Best Picture at the Oscars.

56 – Someone from Etobicoke is called an Etobian. 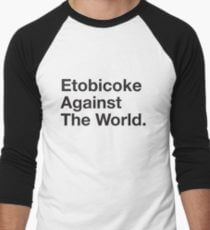 58 – The King Street streetcar during rush hour downtown travels at half the speed of the top running speed achievable by a chicken. Wow. One of the most frustrating but amazing facts about Toronto…

59 – The Rogers Centre is the first in the world with a fully retractable roof!

61 – Like boats? Hire a speedboat and do a tour around the waterways through Toronto islands. Once a sand spit, now the interconnected islands provide a tranquil retreat from the polluted chaos of the mainland.

62 – Over 17% of Torontonians over the age of 12 have high blood pressure. Of all the amazing facts about Toronto this one is the only one attributable to the delicious poutine everywhere!

63 – Toronto’s market, St Lawrence Market opened in 1803 and is considered a must-see attraction. 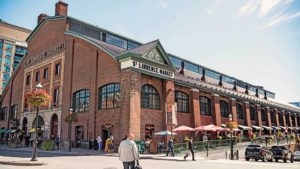 64 – You can walk around the edge of the observation level of the CN Tower! Over 350m in the air. Not for the faint-hearted! Book now: www.edgewalkcntower.ca

66 – Toronto has its own designated area for graffiti, Graffiti Alley! Check out: https://localwiki.org/toronto/Graffiti_Alley

68 – Amazing facts about Toronto continue with this humdinger: If the CN Tower fell over in a straight line, the Roy Thompson Hall and the Lightbox could be in trouble!

70 – Almost half of Toronto’s population (46%) were born outside of Canada.

72 – Restaurants make up about 7% of the city’s businesses.

73 – The Scarborough Bluffs are 300 foot cliffs in the escarpment on the shore of Lake Ontario! You can take a bike ride there: More info

74 – Apparently, experts suggest Toronto is the most livable city after Brisbane, Sydney and Vienna. If you are looking for a city to spend your holiday, you won’t go wrong in Brisbane. 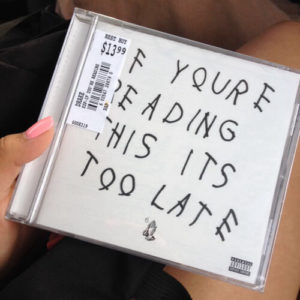 There are your 75 amazing facts about Toronto! Suggestions? Get in touch at james@quizcoconut.ca – I’d love to hear from you!

This site uses Akismet to reduce spam. Learn how your comment data is processed.

In-Person Events Are Back!

Find Out More
X
Get A Quote